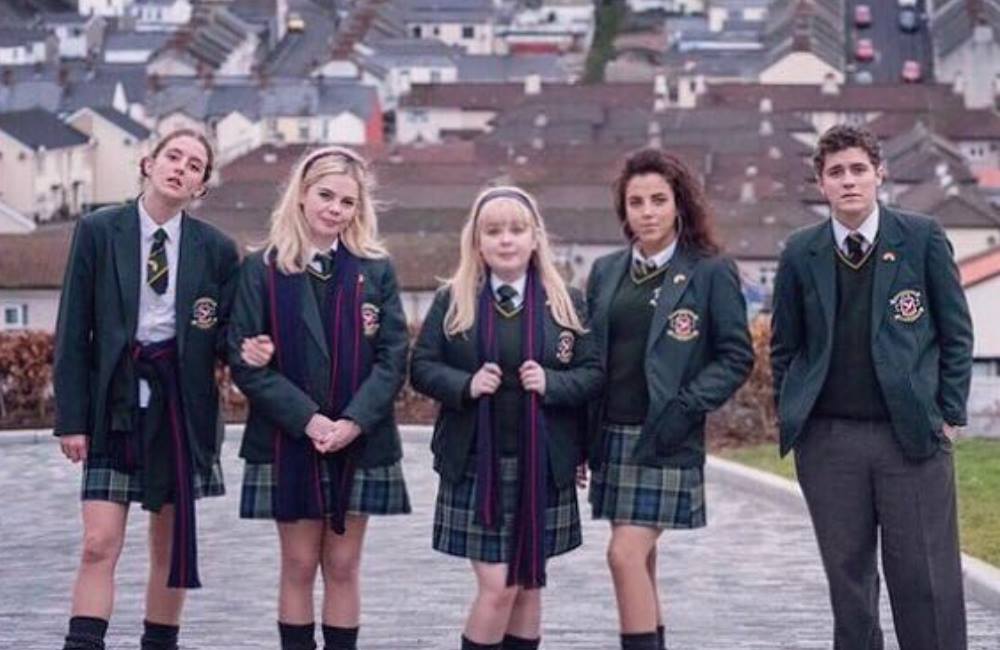 Official start date for season two of Derry Girls confirmed. When Derry Girls first appeared on our screens, it’s fair to say we fell in love with Erin and the gang.

So when season two got the green light, we were ecstatic… and now, we finally have a start date

The news was confirmed by Nicola Coughlan and we are so excited.

Over three million people watched the pilot episode of the series with the second series being commissioned after the first episode was broadcast.

Recently, the show’s main characters – Erin, Orla, Michelle, Clare and James – were painted in a mural in Derry city centre to celebrate the show’s second series.

Meanwhile, Tommy Tiernan, who plays Da Gerry in the show, was speaking to Ian Dempsey on Today FM: “We finished filming the second series last Friday.

“That will go out in March and we’re doing Season 3 and film, maybe. That’s all up to Lisa (McGee) the writer, going off to a shed in London and coming up with all these stories. She’s a genius, the amount of stories she’s able to fit into each episode. It’s fantastic.”