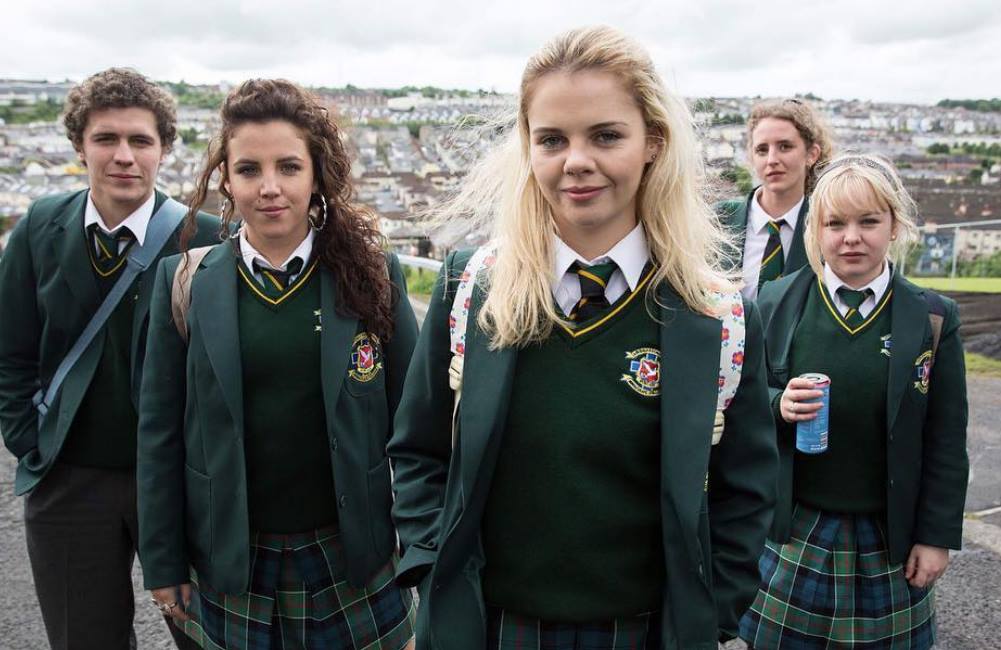 The series, created by Lisa McGee, takes place in Derry in the mid 90s and follows the exploits and Erin and her friends.

And, judging by the trailer for the second season, things haven’t changed from the mischief-making gang.

The trailer shows the girls (and James) going out with a load of Protestants, shifting lads, and, much to the delight of their mammies, not getting pregnant.

Be prepared for the classic 90s scenario’s, including a trip to see Take That and a retro disco.

The Cranberries‘ Dreams, which opened every episode of the series first season, is also back.

When is season two going to be out?

Luckily we don’t have to wait much longer (March, fyi).