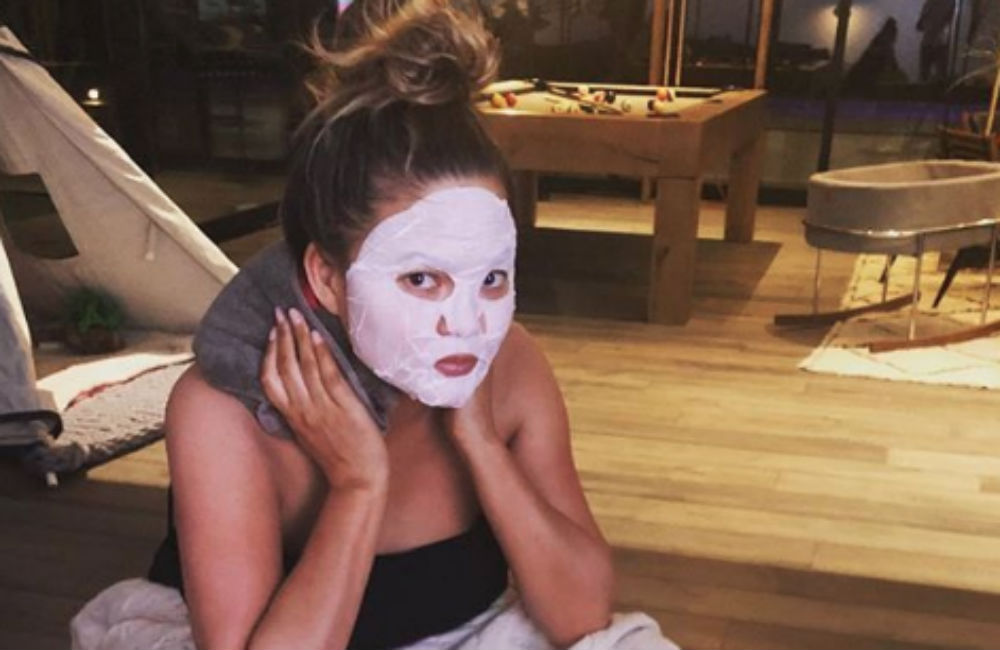 Chrissy Teigen takes a V-Steam. Fashion Model, Chrissy Teigen has joked that she’s damaged her vagina after she attempted a v-steam.

The 32-year-old model – who gave birth to her second child Miles a month ago – is determined to get back to her pre-pregnancy self as quickly as possible but has quipped she’s probably ruined her lady parts for good after she agreed to try out the health treatment.

This includes a woman squats over steaming water containing herbs such as mugwort, rosemary, wormwood and basil – to help regulate her hormones.

Taking to Instagram, the blonde beauty uploaded a photograph of her squatting on a wooden bucket with a heat pad wrapped around her neck and a face mask on. She captioned it: “Face mask / heat pad / vagina steam no I don’t know if any of this works but it can’t hurt right? *vagina dissolves* (sic)”

Fans immediately urged her not to take part in the practice because it’s dangerous, to which Chrissy joked: “Too late. It’s dead (sic)” Some followers warned her that the treatment is merely a “scam” but Chrissy didn’t seem bothered about wasting her cash as she joked she only buys useless things.

She said: “Jk jk I love you literally everything I buy is a scam (sic).” Chrissy’s special treatment came just hours after she treated her husband John Legend – with whom she also has two-year-old daughter Luna – to dinner at the glamorous eatery French Laundry in Napa Valley without their kids in tow.

However, the model was still on duty as she was forced to pump her milk while in the car to make sure she her boobs didn’t become too swollen and leaky. John uploaded a photo of Chrissy with a breast bump attached to her bosom and captioned it: – “I know it’s Father’s Day and all but my wife is pretty awesome. She’s taking me to dinner but still on mommy duty. [sic]”