Proactiv issue statement defending Kendall Jenner. American skincare company, Proactiv have come out in defence of their ambassador, Kendall Jenner after she received major criticism after being accused that her recent campaign for the beauty company was misleading.

Proactiv, also known as Proactiv Solution, is a leading brand of skincare products, developed by US dermatologists, Katie Rodan and Kathy Fields, and was launched back in 1995 by Guthy-Renker.

Jenner, who is global spokesperson for the skincare company, was put in the line of fire after her mother, Kris Jenner shared a cryptic video which showed Kendall talking about her own skincare problems and was accused by some of her fans as using it as a platform to promote Proactiv instead of discussing the affects that skin related issues has on people today.

However, Proactiv came out in defence of the 23-year old “Keeping Up with the Kardashians” star and didn’t see any issue with her video other than the fact that it’s a talking point and discussion for people to share their own skincare problems and concerns surrounding acne.

The general manager for Proactiv, Marc Kravets, spoke to on-line fashion and beauty magazine WWD and told them “Acne has a terrible impact on your self-esteem; it has a direct link to increases in depression and is a topic that shouldn’t be shamed. ”

“It should be an open conversation about getting your skin healthy. Some of that backlash we saw is exactly what we need to address this, and Kendall’s the perfect person to drive that relationship.”

Back in 2012 the ASA (Advertising Standards Authority) who regulates advertising in the UK, banned some of Proactiv’s advertising campaigns as they deemed them to be misleading.

According to the ASA, some celebrities who were paid to endorse Proactiv products, actually signed statements saying they had used the UK version of the products for a few weeks, one to three years earlier.

However, according to the ASA, the advertisements gave the impression that they had continued to benefit from it, with the viewer’s complaint being upheld.

In Proactiv’s defence, Kendall who uses their products regularly herself to treat her skincare problems has seen her complexion improve dramatically. 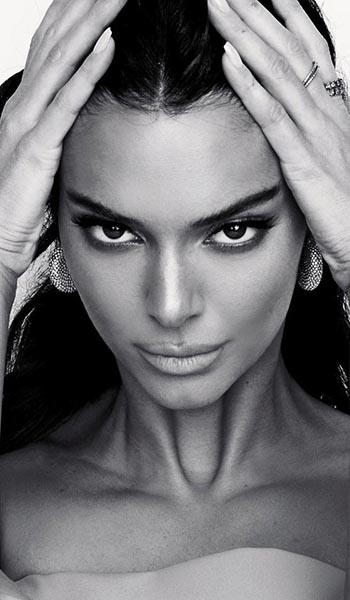