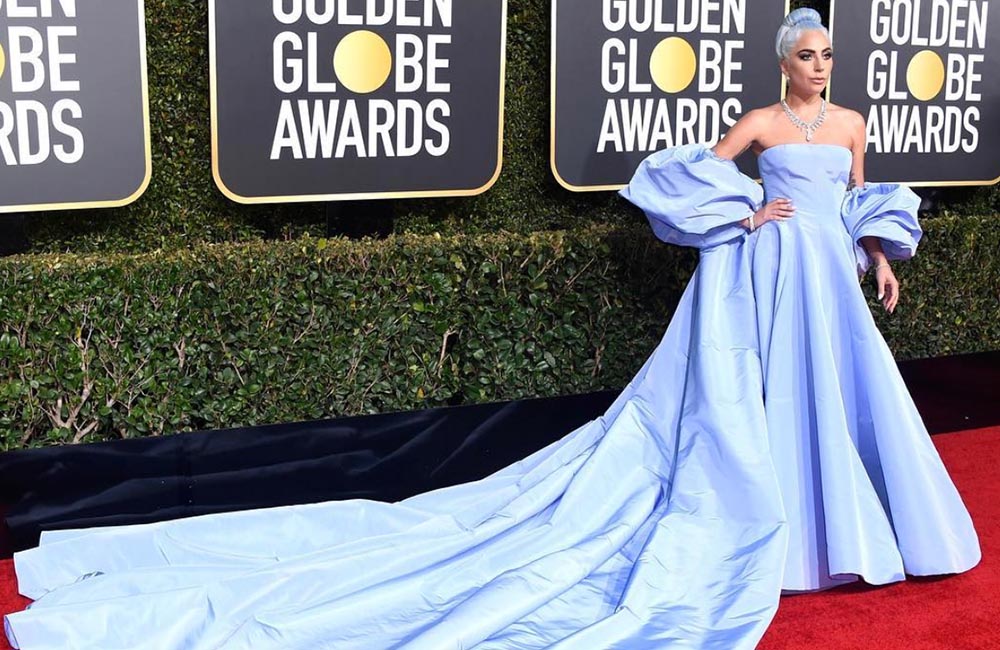 The “A Star is Born” actress walked the red carpet in an amazing eggshell blue dress designed by the Italian fashion house that was accompanied with beautiful diamond jewellery with the combined cost of her attire estimated to be in the region of €4.3 million.

Her custom-made jewellery included an Aurora necklace that featured 300 brilliant diamonds with a pear-shaped stone at the centre that was designed and supplied by American luxury jewellery house Tiffany & Co. jewellery.

Gaga’s look was completed with diamond and platinum cluster earrings and a trio of bracelets with a estimated value of €100,000. According to Lady Gaga’s own personal stylists for the occasion, Sandra Amador and Tom Eerebout, they believe her show stopping look was an excellent choice by the New Yorker to kick start Hollywood’s awards season that starts in January every year.

Talking before the event Tom said: “The Tiffany Aurora necklace, specially crafted for Lady Gaga and today’s Globes, captures the majestic nature of her dress perfectly. Because this is such a special moment — her first major award show of the season — we wanted the jewellery and dress to complement each other.”

His co-designer, Sandra added: “What could be more fitting than this exquisite custom piece, named after the goddess of dawn and a cluster of stars, to mark Lady Gaga’s wonderful work in ‘A Star Is Born.”

Her dress choice is similar to that worn by actress Judy Garland who appeared in the original version of ‘A Star is Born’, as it showed similarities in design and colours worn by Garland in the 1954 version of the film. 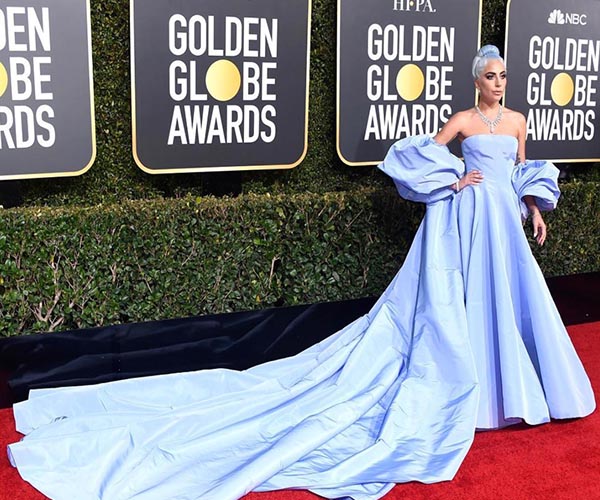