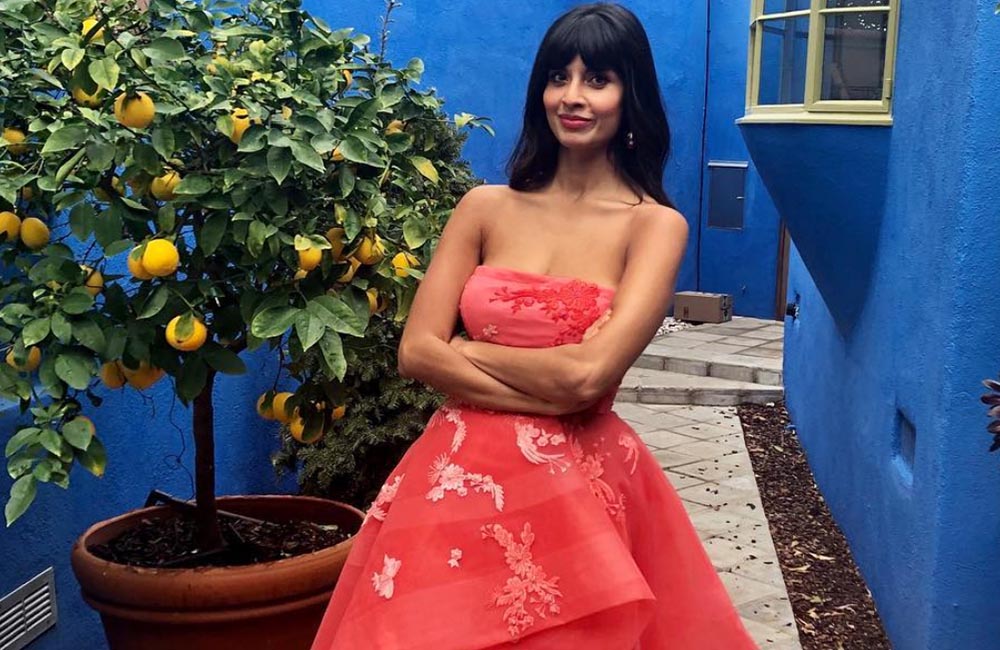 The 32-year model and actress wore her jeggings as part of her body insulation to keep the cold at bay with her choosing to wear them under bright coral dress designed by American-Pilipino designer, Monique Lhuillier.

The ‘Duck Tales’ actress was chatting to USA Today as she walked the red carpet at the Beverly Hilton Hotel last Sunday as she showed off her denim leggings and said: “Well, it’s freezing! I don’t believe in suffering for fashion. It’s going to be cold later tonight and we’re going to be out all night until the early hours. I would like to be comfortable.”

The outspoken critic is renowned for her strong points of views against magazines airbrushing celebrities and models looking to promote weight loosing products.

Back in November 2018, Jameela was involved with a media spat with fellow celebrities Cardi B, Khloe Kardashian and Amber Rose who she accused of lying when promoting weight loss shakes.

The British TV presenter who is also a qualified English teach, first shot to fame back in 2009 on T4 which was aired in on Chanel 4 in the UK. 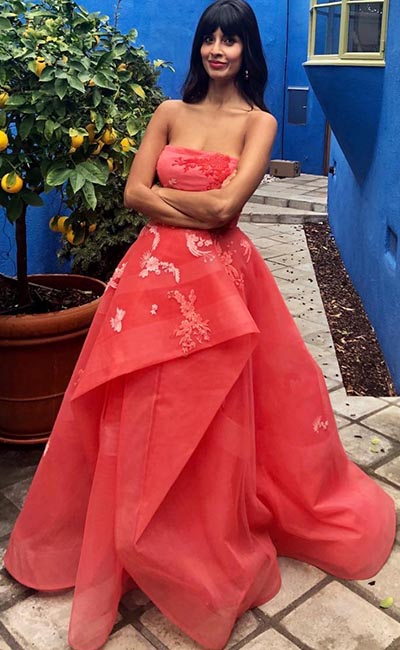