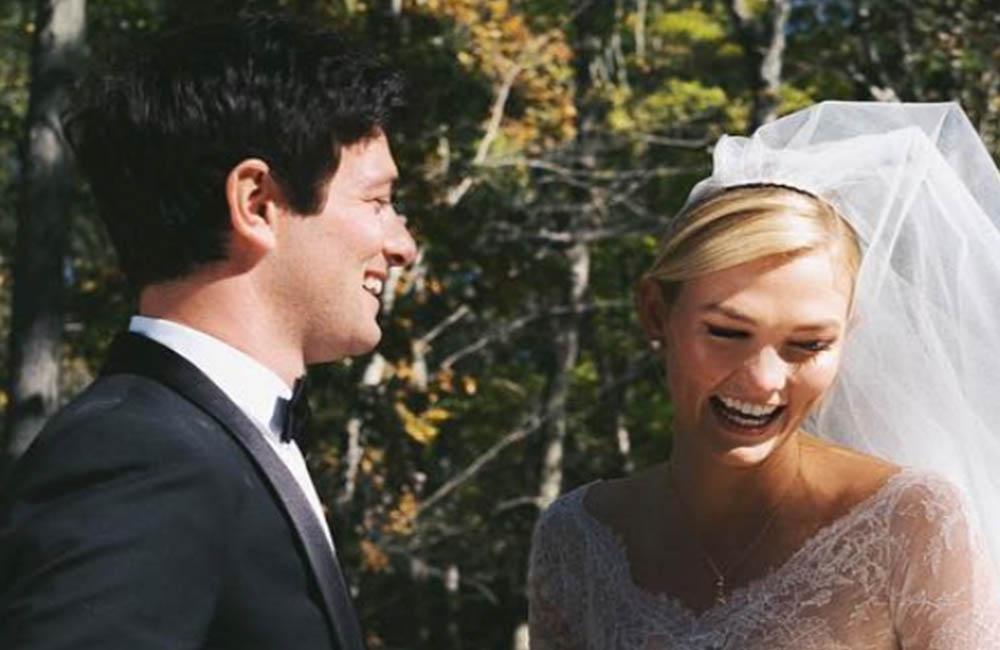 Karlie posted to both Instagram and Twitter to announce the news with a photo of herself and her new husband with the simple caption: “10.18.2018 ❤️.”

The news comes just three months after the pair announced their engagement.

Posting a pic of the pair on Insta, the new host of Project Runway wrote: “I love you more than I have words to express, Josh, you’re my best friend and my soulmate. I can’t wait for forever together. Yes a million times over 💍.”

While there’s no full pic of her dress yet, we’re absolutely in love with what we’ve seen so far.

With her nipped-in waist, full skirt and lace sleeves, Karlie’s dress is very reminiscent of Kate Middleton’s iconic Alexander McQueen gown she wore when she married Prince William in 2011.

While her dress may not be as ornate as Kate’s, her wedding was a different affair to the royal wedding.

According to People, the wedding was an intimate one.

A source told the magazine: “The wedding intimate and moving. The couple was beaming with happiness.”