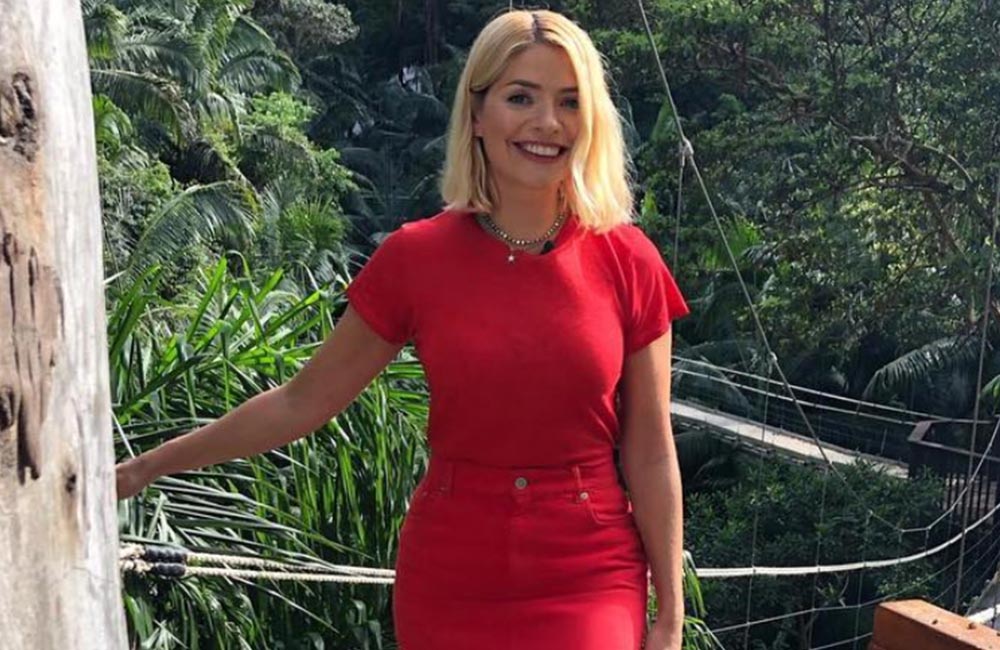 Holly Willoughby does I’m A Celebrity in style

Holly Willoughby does I’m A Celebrity in style. Stunning TV presenter, Holly Willoughby sure knows how to turn up the heat with viewers as the leggy co-host of,  I’m A Celebrity… Get Me Out of Here! has been wowing fans in her on-screen fashion looks that so far has included mini-skirt’s and jean cut shorts.

Holly who is presenting this year’s “I’m A Celebrity 2018” with Declan Donnelly, has been distracting viewers with her fashion choices that reveal and show off her well-toned legs and figure.

The 37-year old beauty is taking a break from presenting “The This Morning” to co-host I’m A Celebrity along Declan while Anthony McParlin takes a break from this year’s show.

People who follow Holly will know she is certainly a dedicated follower of fashion and the Brighton beauty sure knows how to get the best from her fashion looks as she has already appeared in front of the cameras wearing tiny red mini-skirts and lacy dresses that is having a positive affect with the viewers of the show.

Although Holy quit her lifestyle brand, Truly back in September, she continues to bring out the best in her looks and appearance and definitely knows what to wear and how to wear it!

Holy is married to producer Dan Baldwin and the pair have 3 children, Harry Belle and Chester. This year’s “I’m A Celebrity” which is filmed down under in Australia has seen its highest TV ratings since the show began back in 2002.

Holly Willoughby does I’m A Celebrity in style 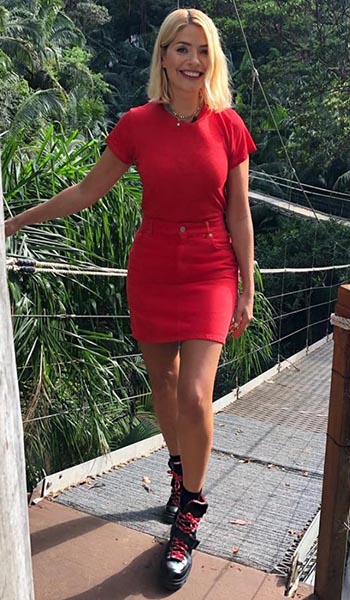