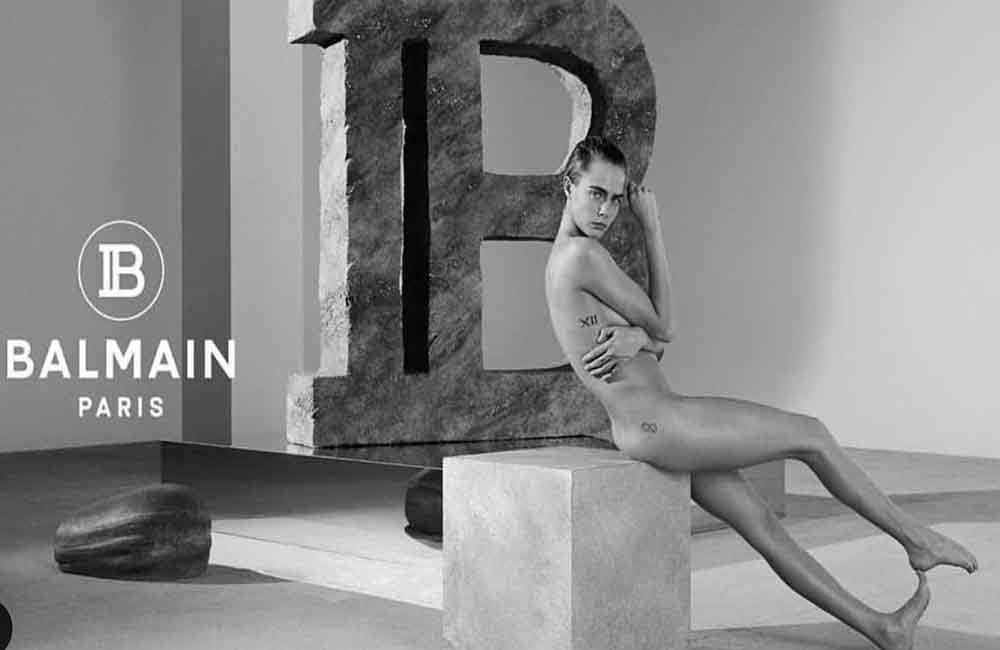 Cara Delevingne peels off for Balmain Spring campaign 2019. Fashion model, Cara Delevingne has peeled off for the cameras as part of promotional shots for the new Balmain spring 2019 campaign.

The 26-year old actress and model who already has history, working with the French fashion brand has peeled off her clothing for their new Spring 2019 fashion campaign alongside, Balmain’s creative director, Olivier Rousteing.

Their new campaign which was photographed by German-based photographer Dan Beleiu, Includes mono images of the pair who are both topless. In one of the tasteful images, 33-year-old Rousteing’s hands are seen covering Cara’s breasts.

In another shot, Delevingne is photographed naked while reclining in front of a large letter B. Chatting to fashion magazine, to WWD, Rousteing said: “It references all the iconic album covers of the Nineties, which were big pop culture moments of our childhood.” 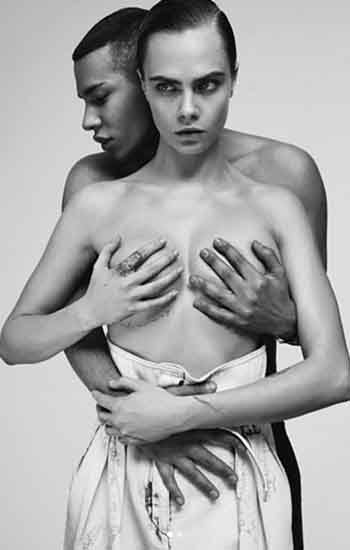 “The campaign shows the reunion of two skin tones, one black – or mixed race – and one white. Choosing to pose naked was all about authenticity. We’re going back to basics: I wanted something pure and transparent. I love her so much that I don’t want to see any clothes on her. Her gaze is so strong and magnetic, it’s nearly an item of clothing in itself.”

The whole set up of this shoot had to be just right with Olivier insisting it needed to sensual and not flirtatious. He went on to say: “The campaign images are very sensual, but there is nothing flirtatious about them. Cara has such a strong presence and personality: we chose a pared-back set to let her gaze and the lines of her body do the talking.”

Delevingne previously worked with Balmain back in 2014 where she posed for a shoot created by Italian photographer, Mario Sorrenti. Cara then lined up alongside fellow models, Jackson Hale, Jourdan Dunn and Issa Lish.