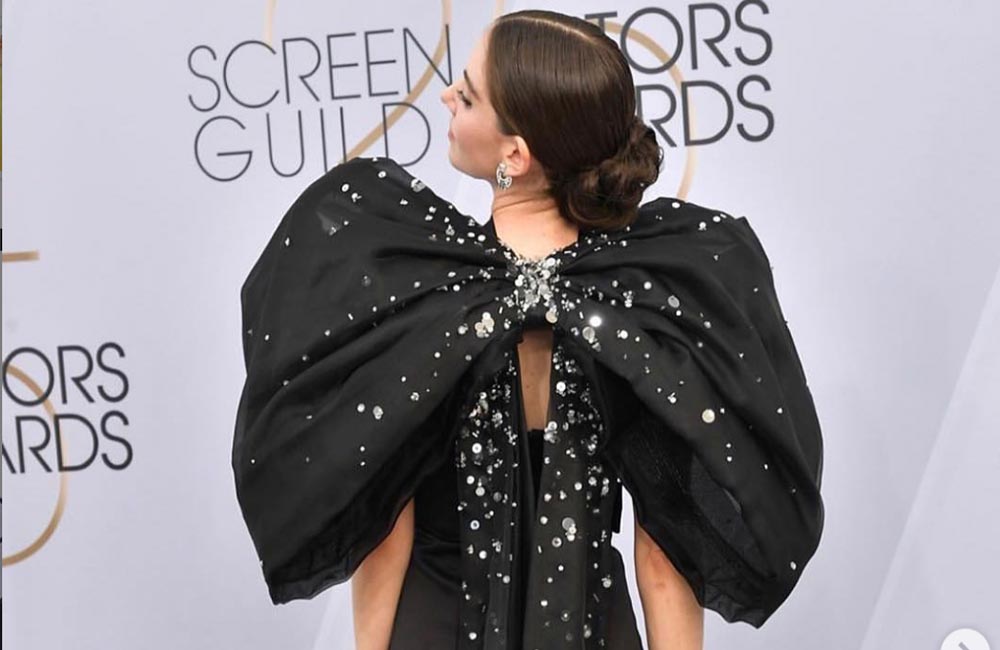 The ‘Post’ actress chose an Italian designed gown from Miu Miu which is owned subsidiary of Prada. The Bardot style black dress was complimented with an oversize wing-like bow design that cascaded down her back with the “Glow” actress admitting that her thrilling piece of apparel, actually took some difficulty to get into.

Chatting prior to the ceremony that took place last evening at the at the Shrine Auditorium in LA,, she told celebrity magazine,“People“: “I have to show off this bow! It was a four person process, yes, to get into this beautiful Miu Miu dress. The bow sort of detaches and reattaches.”

The 36-year old model and actress who is married to “Little Big Awesome” actor, Dave Franco, confessed she was very worried about “defrocking” at the end the night. Alison added: “I believe I am partially sewn in so tonight will be very interesting. I have glimpses of me in a few hours with my husband just being like ‘Get it off me! Get me out of it!’ But for now I’m loving it.”

It was an unfortunate night as far as award go for Brie who lost out to ‘The Marvelous Mrs. Maisel’ for the Female Actor in a Comedy Series award. However, good spirited Alison didn’t seem to be too disappointed and told friends it was a privilege to have been nominated. 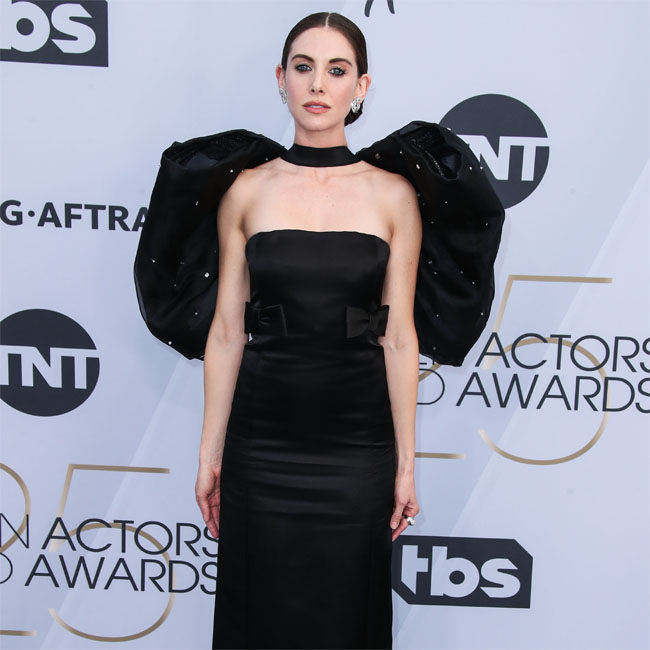