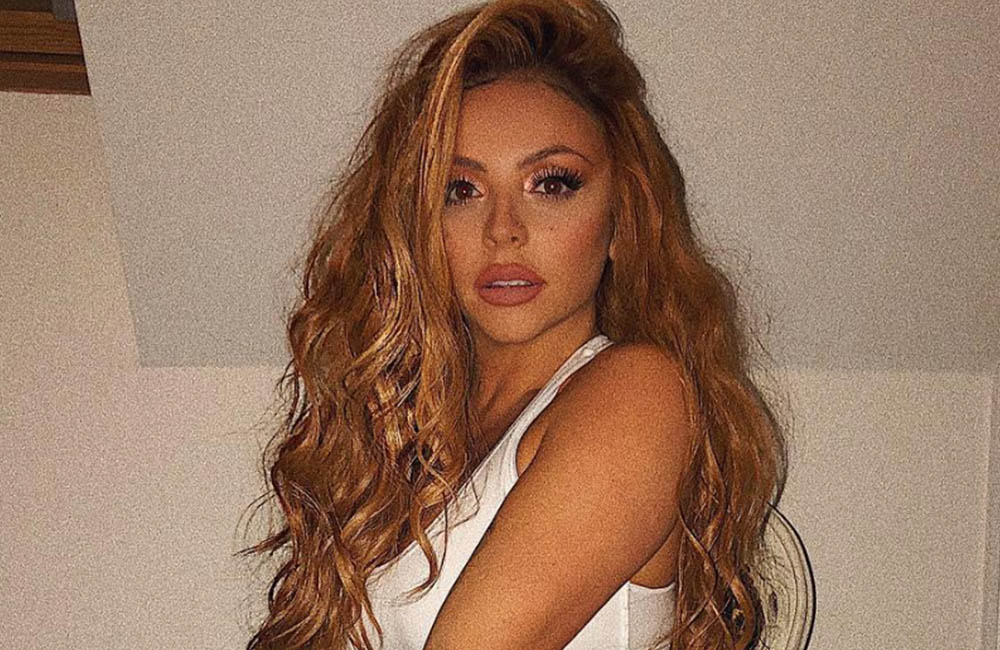 Jesy Nelson strips to her undies to annoy Piers Morgan

Jesy Nelson strips to her undies to annoy Piers Morgan. Little Mix star, Jesy Nelson decided to pose in her undies in what is supposed to be a direct dig at Piers Morgan who accused the singer and her bandmates of using sex to sell albums.

The 27 year old beauty who makes up part of hit girl band “Little Mix” decided to strip off and pose in her CK underwear just hours after Piers Morgan accused Little Mix of ‘using sex to sell albums.”

In what seems to be a direct protest at Piers comments, Jesy Nelson decided to show off her toned body in a series of photos on her social media Instagram account.

Accompanying one of the pics on her blog where she posed in white Calvin Klein undies, she wrote: “I woke up like this! (Definitely didn’t took me a very long time to master this pose)”

Determined to make a point, last night she again shared a series of mono shots of herself posing nude on her bed with one sultry snap taken on her stairs cryptically featuring the caption, “I do think about you.”

This all came about after Piers Morgan slammed Jesy and her bandmates on “Good Morning Britain” over their nudity in their video for new track, Strip.

Piers commented “What is empowering about this? Get your kit off, airbrush yourself to within an inch of your lives,” he ranted about one photo, which shows the girls naked and covered in nasty slur words.

However, in a radio interview with her bandmates on BBC radio show with Nick Grimshaw’s Radio 1 show, 27 year old Jesy 27 made it clear she couldn’t care less what Piers or anyone else thinks.

Not one to take things lying down, Piers on this morning’s edition of GMB today hit back and demanded a public apology. He commented “Oh Jesy you let yourself down, love. When you’re doing a campaign against doing rude words, it’s probably better not to use rude words on the radio about me. I apologise to anyone who is offended by the language Little Mix used about me”.

“Little Mix, I think you need to make a public apology during your campaign to root out bad language from public discourse. Grimmers apologised to me on their behalf, I didn’t hear Jesy apologise. “Our viewers are perfectly to know the scale of bad language that Little Mix used.”

Jesy Nelson strips to her undies to annoy Piers Morgan 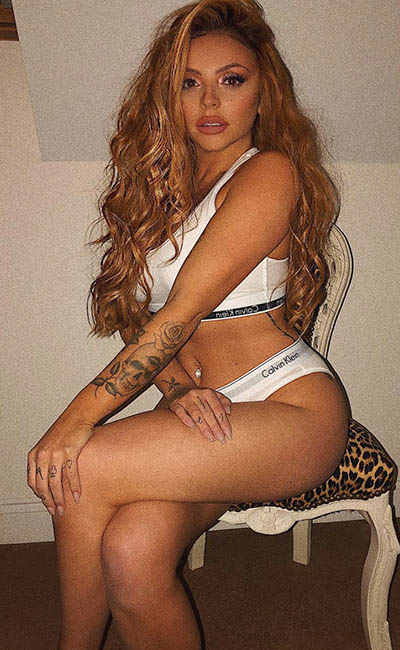