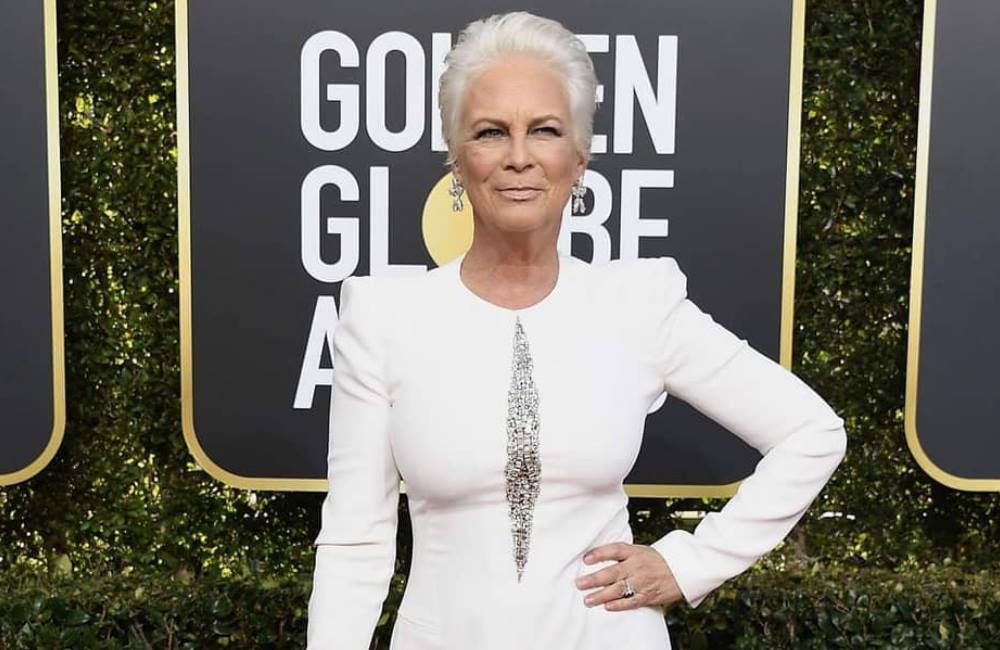 Taking to her Instagram, the actress slammed the company for their ‘blatant promotion’ at the awards ceremony.

She came to learn that she was included in a photo with ‘Fiji Water Girl’ Kelleth Culbert after her husband saw a photo on CNN with a caption that read that Curtis was ‘in danger of being upstaged’ by Culbert.

This prompted Curtis to inform her followers that she ‘specifically moved away from the blatant promotions by Fiji… where young women with their trays filled with their wares stood near a designated camera.”

She explains: “I knew why there was a photographer poised there and I moved away as I said out loud that I didn’t want to be doing advertising for either.

“Clearly this angle shows that I moved from her being behind me and yet from the side it still happens.”

The Halloween star ended her post by saying that award show’s sponsors should ask the stars before making them props in their ad campaigns, saying: “The sponsors of events need to get permission from people when they get them to take their picture next to products.”