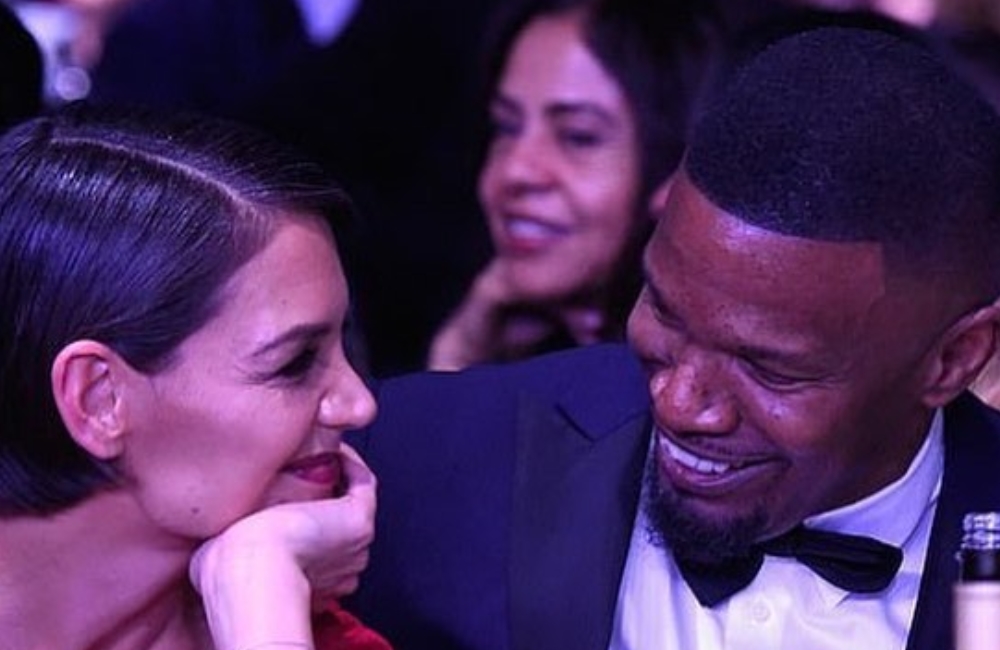 Jamie Foxx sparks rumours he’s split from Katie Holmes. In news that’s likely going to ruin your day, Jamie Foxx and long-time rumoured girlfriend Katie Holmes may have split, after what’s thought to be over six years of dating.

According to onlookers, the actor was reportedly heard telling crowds that he was single at an Oscars after party at the weekend.

Foxx was without Holmes at the Academy Awards last week and was seen partying with Gossip Girl star Jessica Szohr.

He reportedly revealed the unexpected news of his single life just as he took to the stage to perform.

A source told HollywoodLife: “Right before he sang, he seemingly told the crowd he’s single. He had a lot of women on stage and danced with them. It appeared he told the crowd, ‘I’m single.’”

Meanwhile, a second source seemed to back up the claims, adding that the star didn’t seem to make a big deal out of the revelation.

Speaking to UsWeekly, they said: “It was very nonchalant, while he was referring to married and single couples, he just dropped the line, ‘I’m single’,”

Jamie and Katie were last seen together in December and it’s believed that the couple enjoyed a New Year’s getaway in Miami.