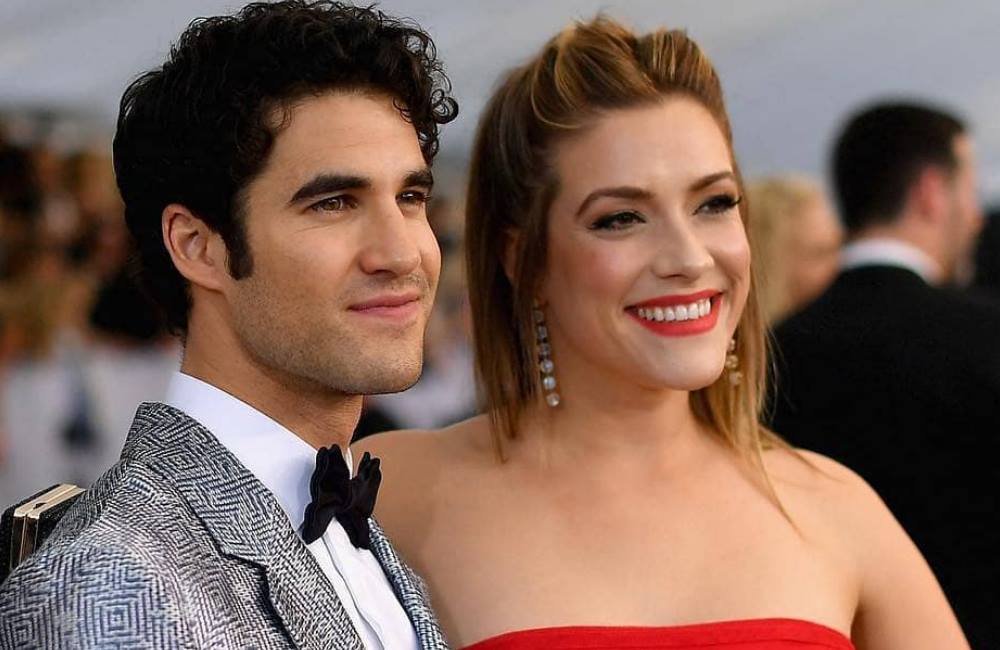 The groom looked very dapper in a white tux while the bride put her own spin on a traditional white wedding dress.
Her gown had some serious grunge vibes, featuring a corset-style bodice and tulle skirt.

She finished the look with some white biker shoes and wore her hair in loose waves.

According to E!, a number of Darren’s former Glee co-stars were in attendance, including Lea Michele, Chord Overstreet and Harry Shum Jr.

The pair got engaged back in January 2018 after seven and a half years together.

Announcing their engagement on Instagram, Darren wrote: “Mia and I have had seven and a half years of fun, wacky, wonderful, CRAZY adventures together. And I’m happy to announce that we’re kicking those adventures up a notch. We’re goin for it. To boldly go where neither of us have gone before. Engage.”

Congratulations to the newlyweds!