Why John Mayer doesn’t take fashion seriously. American singer, John Mayer has revealed that when it comes to fashion, he never really takes his choice of fashion that serious.

The 41-year old actor “Gravity” singer says that fashion looks are a personal choice and journey of mistakes until your find that look and style that suits you.

The Grammy winning star was chatting to on-line men’s magazine “GQ” where he told them “You shouldn’t let fashion hurt your feelings. If it does, that’s a good indicator you’re taking it way too seriously.”

“Anybody, at any time, should be allowed to wear whatever they like. Whether it works or not will be for their future self to make peace with.”

“God knows I have a very well-documented history of attempts. Take a hat, for example. Do you know how many hats you have to wear before you find the one that actually works? Wearing bad hats is the only path to a good hat. I’m still trying to fail.”

I’d like to lose on an outfit one out of every ten times. Means I’m trying. Or I’m not. Did you see how my point just crumbled before me? That’s what happens when you try to apply too much thought to fashion.”

Mayor who recently teamed up with fellow American musician, Ryan Adams for work on his album ‘Big Colors’ also revealed that he has a big obsession for robes simply because of their multiple uses.

He went on to say: “Everyone scratches their head about my wearing a robe until they try mine on. Then they understand completely. It’s a jacket, but it’s more laid-back. It’s a tent you can hang out inside of as you go about your day.”

“It’s a security blanket of sorts. I still haven’t explained it perfectly, because I can’t. You just have to try one on that fits you right. Then you want it to take through your day like a companion.” 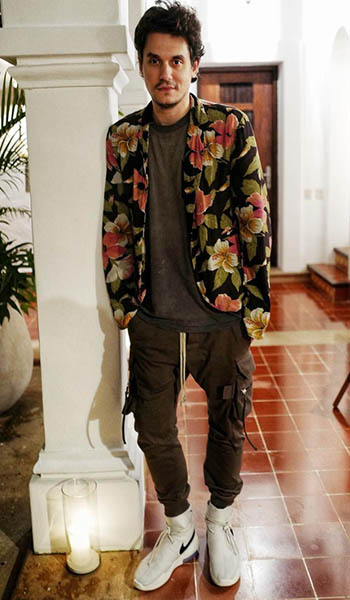