Sally Humphreys who married Ronnie back in 2012 has revealed the secret behind why the Rolling Stone’s star does not have to dye his hair and puts it down to his positive attitude towards life that helps him maintain his natural looking coloured locks.

Chatting to UK celebrity magazine, Hello, the 40-year old theatre production company owner said “Many people assume that he dyes his hair black but it’s his natural colour. ‘I just tell my hair not to be grey’, he says. That is generally his attitude in life”

The pair have twins together, Gracie and Alice, aged two and Sally says reveals that Ronnie reads meditation books and practices tai chi on a daily basis.

The 71-year old London rock legend who has been married twice before is also father to four other children. Earlier this year, Woods alongside his current band mates, Mick Jagger, Keith Richards and Charlie Watts that make up The Rolling Stones, hit the road again this year as part of their “No Filter” tour and played Croke Parc back in May 2018.

Sally concluded that their twins keep Ronnie youthful with her saying: “Our twins keep him on his toes. He’s a bit of a soft touch with the girls. They’ll wake him up in the middle of the night and say, ‘Daddy, we want to draw.’ 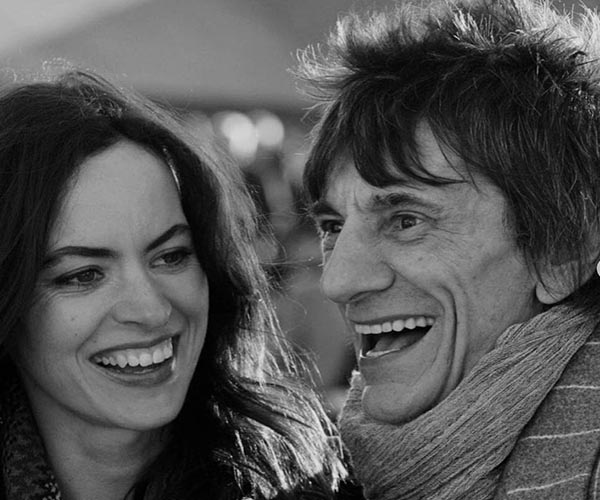