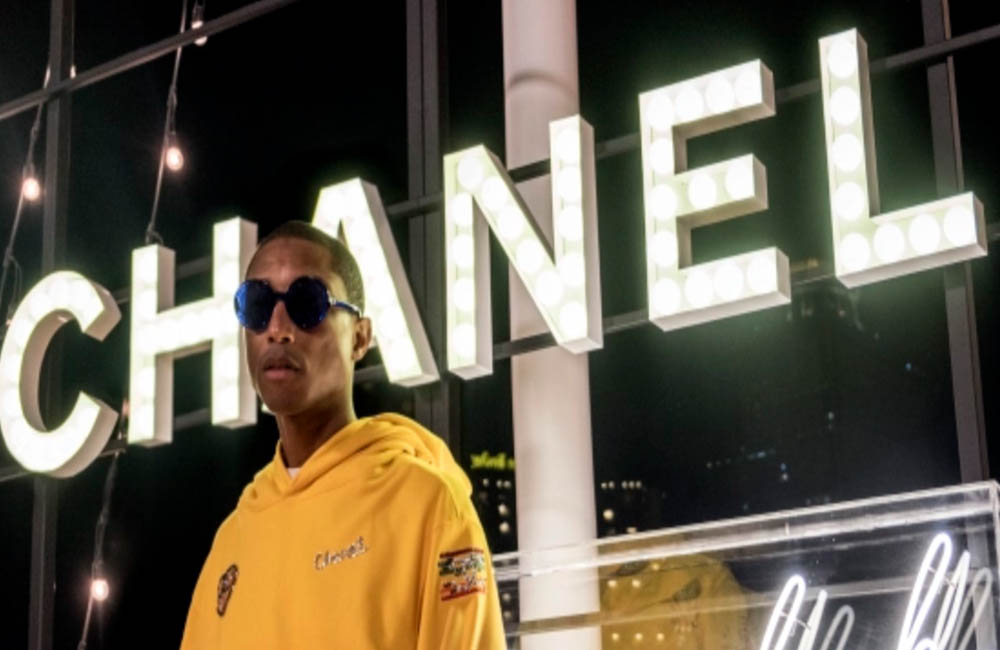 In a statement released by Chanel , they said the collection will be debuted exclusively this coming March 29th 2019 in their Seoul flagship boutique in South Korea with a worldwide release expected at select Chanel boutiques on the 4th April 2018.

The American singer arrived at Chanel’s first show in Bangkok last Wednesday night wearing a yellow hoodie donned with sparkly CC and Coco logos which is expected to be a glimpse of his new Pharrell Williams & Chanel ready to wear capsule and accessory collection for Spring 2019.

Pharrell recently appeared in promotional campaigns for Chanel where he composed a song for the original film of German Chanel henchman, Karl Lagerfeld in tandem with its Paris-Salzburg show.

He has also collaborated with Chanel for their Adidas shoe campaign for their show in Colette, Paris last year. Chanel have confirmed that their collection with the “Happy” singer in a recent press release, but gave no specific details about the new range.