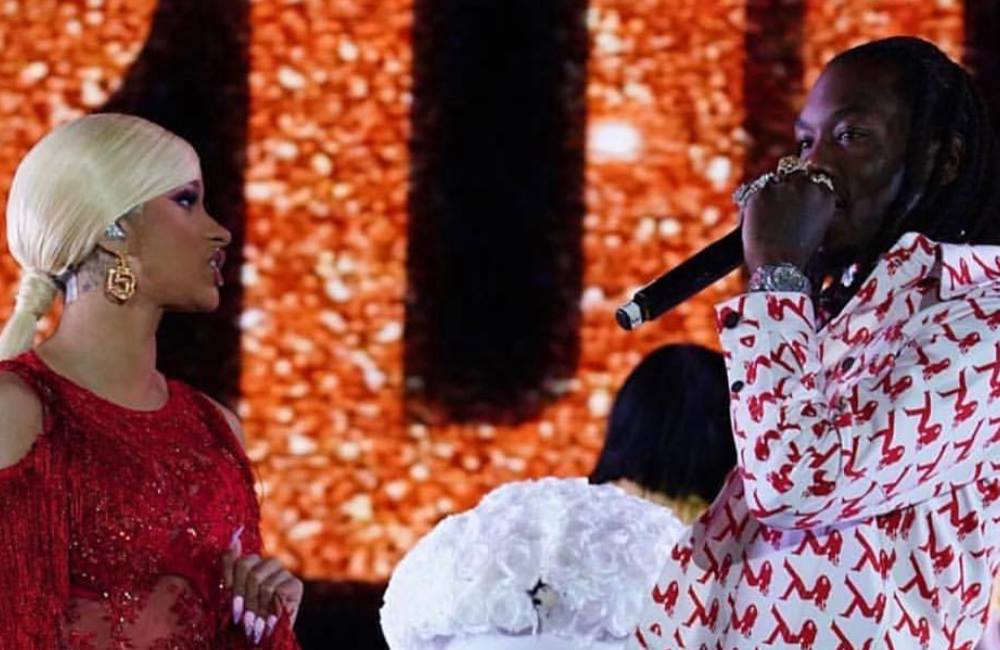 Offset interrupts Cardi B gig with apology. And it did not go well.

Cardi B was left unimpressed by her ex Offset after he interrupted her performance at the Rolling Loud festival in LA on Saturday.

The ‘I Like It’ rapper failed to raise a smile as the 27-year-old Migos star issued a grovelling apology.

The whole incident was captured on video with Cardi – who shares daughter Kulture with Offset – being stunned as crew members brought out a ‘take me back’ banner made out of red and white flowers. Moments later, Offset walked onto the stage and it’s immediately clear that Cardi is not happy with his gesture.

Holding a microphone, Offset can be heard saying “I’m sorry”, and “I love you” as Cardi shakes her head and say something to him quietly, looking umcomfortable.

Fans at the concert took to social media to describe what happened, with one writing: ““[Cardi] kicked him out and 30 seconds after she came back with a big smile like a boss and killed this gig,”

Another one wrote: “[Cardi] was so not feeling the gesture and had him and the set up removed!”

Cardi announced that she and Offset had split earlier this month.