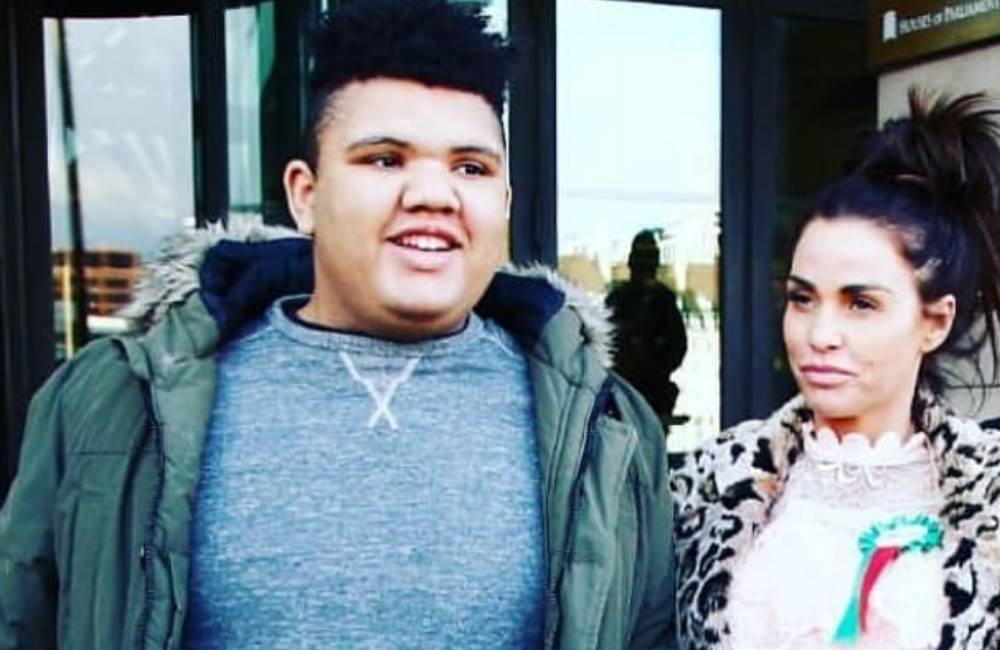 The former glamour model said her son, 16 – who is partially blind, autistic and has Prader-Willis syndrome – doesn’t know his own strength and his actions can sometimes scare her other children.

Speaking in an interview with Victoria Derbyshire’s show on BBC Two on Wednesday, Katie admits: “For the first time ever now I’m thinking he might have to go residential, Monday to Friday”

She continued: “He’s missing out on his education; he just wants to be with me all the time.

“It’s so hard. I’ve never had respite – I haven’t got a carer for him – I do it all myself. But I’m really having to think about it. I hate it because he’s my life. I’ve got to do what’s best for him, it won’t be forever.”

She explained: “When he’s smashing things and the kids are a bit scared of him because he’s big, you know, he’ll chase them and stuff. “I’ve just got to do it for him.”

Katie appealed to the viewers for advice about having a loved on in residential care.

After a tough year in her personal life, she said she would like to focus on the positives, which includes the care of her son.

She also used her interview to call for the persecution of online trolls who have directed hate towards Harvey and said much of the abuse comes from football fans.

She proposes to tackle online trolls by tracing them and having employers vet those prosecuted for being abusive online, saying: “This is about protecting people around you. So many people have committed suicide because of online, and online is the way forward now, so there should be some protection there.”