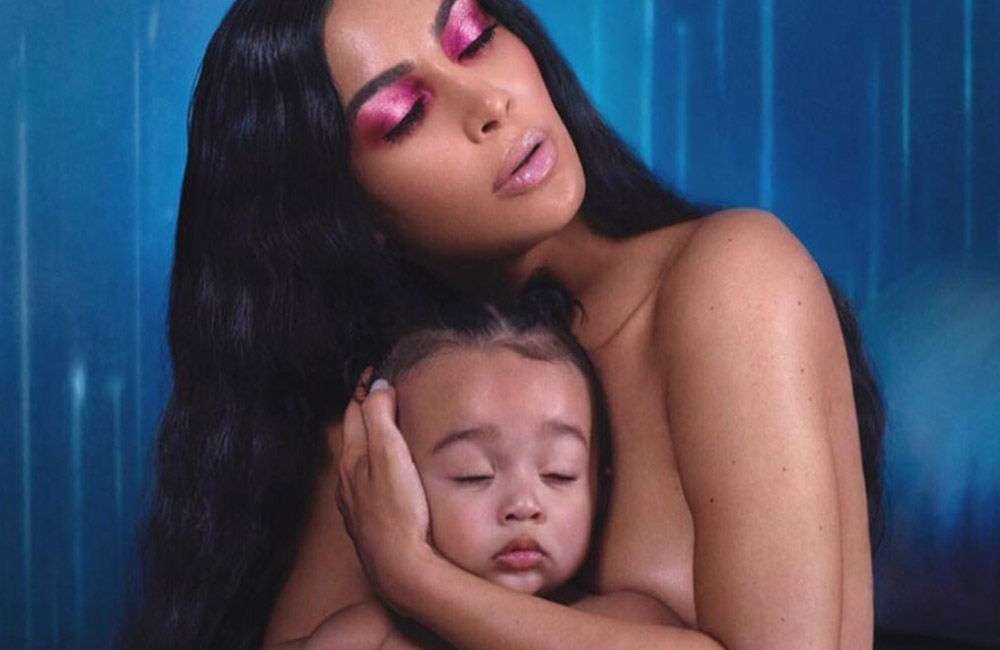 The mother of 2 has caused a stir amongst her loyal fans who have accused the 38-year star of exposing her daughter Chicago to her commercial world at such an early age.

Chicago is daughter of Kim and husband Kanye West and at 9 months old, fans think Kim is capitalising on her daughters “cuteness” in order to promote her beauty products.

In the photo , Kim poses topless and can be seen cradling her daughter Chicago for new images to promote her new make-up line taken by top photographer David LaChapelle.

Accompanying her photo on her Instagram post she wrote: My heavenly baby! Showing off the new pink shadows in the Flashing Lights Collection wearing Flashy and High Key available at KKWbeauty.com (SIC)

Even though Kim was near naked for her photo shoot, it this does not seem to be the issue with her fans. The negative reaction came after Kim’s social media followers commented on her forum with one fan posting “Very strange pic for many reasons,” Another followers said: “I thought this was going to be some cute picture about her baby but nope, it’s for promotion.”

Things seem to go from bad to worse for the socialite with another fan comment complaining: “Using your baby to promote your business? Ummmm.” One worried fan added: “She looks so detached from her child. It’s always all about @kimkardashian. So sad”

The Keeping Up with the Kardashians star doesn’t seems to be phased by her fans reactions claiming that her children are into makeup and beauty, but does an air caution when it comes to exposing her makeup and cosmetics to her children.

In a recent interview the mum of two claims that while her children do dabble with her makeup, she only ever lets them sample small bits under her supervision. 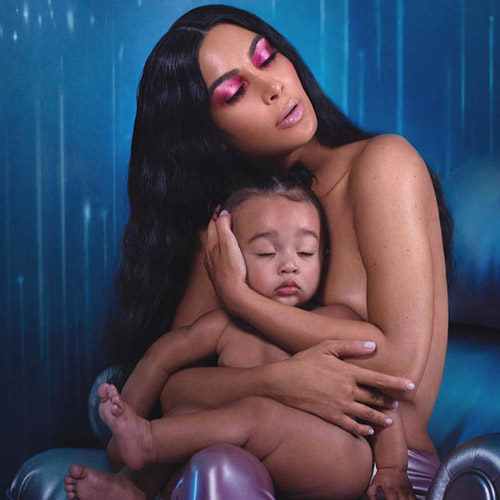